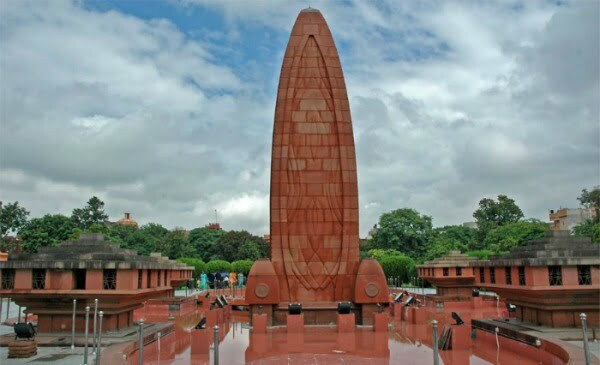 The Amritsar Massacre, also known as the Jallianwala Bagh Massacre, took place in Amritsar on April 13, 1919. It was a bloodbath. Protesters gathered in Jallianwala Bagh to demand the release of imprisoned Indian politicians Dr Saifuddin Kitchulu and Dr Satyapaul. A vast number of pilgrims from all over the world came to celebrate Baisakhi, the Sikhs’ most important holiday.

Baisakhi is a Sikh harvest festival that commemorates the start of the Khalsa Srijan Divas, which honours the establishment of Khalsa in the year 1699.

Hundreds of people may have been killed when British forces opened fire on the large, helpless crowd. Many people came from all around to honour this significant day, but it turned out to be a funeral instead. Since the outbreak of World War I, there had been growing discontent and instability throughout the country, particularly in the states of West Bengal and Punjab. Many factors contributed to the population’s opposition to British rule, including inflation and excessive taxes, as well as a large number of dead and injured troops. As a result of the escalating civil unrest, the Rowlett Committee was formed in 1919.

Legally, the Rowlett Act made it possible to handle some political affairs without a jury and to detain people without being investigated. During this time, Mahatma Gandhi rose to popularity as a nationalist. Protests over the bill erupted all around the country. The worst of the rioting occurred in Punjab. Protests took place outside the Deputy Commissioner’s house in Amritsar, demanding the release of Satya Pal and Saifuddin Kitchlew ,two key participants of the Indian Freedom Struggle

Violent protests resulted in the destruction of the Town Hall and the railway station, as well as the disruption of the telegraph and telecommunication systems. As a result of the conflict, several European civil servants and individuals were killed. As a result of all of these events, Amritsar fell silent for a few days, while other areas of Punjab were affected. The British government responded by declaring martial law in the vast majority of Punjab. Civil liberties were restricted by prohibiting both public meetings and large-group gatherings.

How many died in Jallianwala Bagh Massacre Day?

On the occasion of Baisakhi, a crowd of unarmed protesters and pilgrims gathered at Jallianwala Bagh in Punjab’s Amritsar. The crowd had gathered at the venue to peacefully protest the arrest of freedom fighters Satya Pal and Dr Saifuddin Kitchlew.When Colonel Dyer learned of the gathering, he arrived at the location with about 50 soldiers and ordered them to open fire on those present.The shooting lasted about ten minutes and resulted in approximately 1,650 rounds of ammunition being fired. The British government claims that 379 people were killed and 1,200 were injured in the Jallianwala Bagh massacre. According to many sources, nearly a thousand people were killed.

On October 14th, 1919, Indian officials convened a conference to form the Disorders Inquiry Commission to investigate what had happened. The Hunter Commission was the name given to the committee after it was renamed. The commission’s chairperson was William Lord Hunter. The Commission did not impose any sanctions against Dyer, but he was forced to leave the service. In the 1920s, Mahatma Gandhi began organizing non-cooperation movement.

This enraged the Native Americans. Many Indians took up the cause of independence after rejecting their previous support to British rule. A state of emergency has been declared across Punjab. General Dyer was acclaimed as a hero by some democrats in the House of Lords as a result of his actions. In July 1920, when the House of Representatives reprimanded him for wrongdoing, he was widely mocked.

Dyer was never hauled before a court-martial by the army, and his only punishment was to be fired from his current position, refused a promotion, and barred from working in India in the future. Dyer later left the service and died in 1927, having committed unrepentant and shamelessly war crimes. Despite the fact that the poet Rabindranath Tagore and other national luminaries were appalled by the incident, it was widely condemned.

Following the massacre, the British Army’s military engagement in civilian matters was re-evaluated, with a focus on reducing the use of violence where it was required. Furthermore, the Indian public has lost faith in the British government’s goals. Jallianwala Bagh Massacre, which occurred in 1920-22, spread Non-Cooperation Movement ideas and consciousness. In 2019, the British government expressed “disappointment” about the Jallianwala Bagh Massacre, for which no official apology has been issued.

The Jhansi Fort: A Siege to Remember

Revolt of 1857:5 biggest result of this struggle which had a long-lasting effect